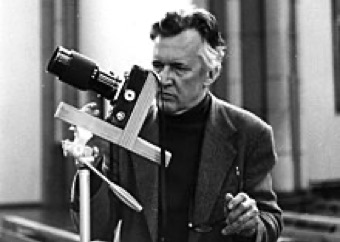 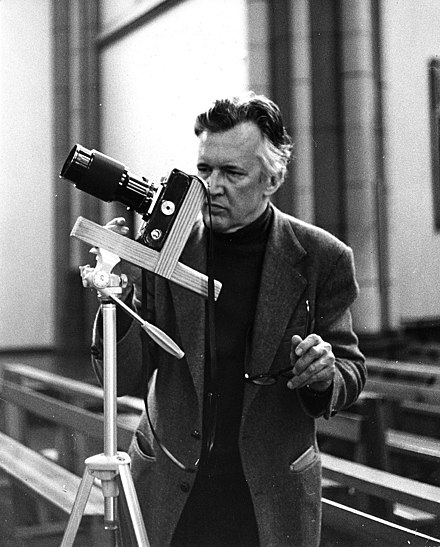 Robert Sowers was an American painter, photographer, stained glass artist, and seminal figure in the re-emergence of stained glass as an architectural art in the United States. His architectural glass commissions cover some 20 years from St George’s Episcopal Church, Durham, New Hampshire to Stephen Wise Free Synagogue, New York and the blue cross window for Cathedral of the Immaculate Conception.  In November 1953 he participated in the New Talent Exhibition at the Museum of Modern Art in New York City.  He designed the vast American Airlines terminal glass facade at John F. Kennedy International Airport in 1958–59. It was demolished in 2008 to allow for an reorganization and expansion of their terminal.

In addition to his glass commissions he wrote multiple magazine articles and published four books on stained glass, art, and architecture. He was an exceptional photographer documenting his own as well as other artist’s glass work and spent many hours walking the streets and parks of Manhattan and Brooklyn with camera in hand. A posthumous volume of his B/W photographs was published in 1990.

In 1979 Sowers went back his first love of painting full-time. He had moved to a loft building on Degraw Street in Brooklyn where the space and light were perfect. The first canvases were monochromatic in tones of black and white with an abstract expressionistic sensibility which on closer study reveal an architectural reference. From this beginning he introduced color and began working directly from his series of 35mm slides, a result of his photographic exploration of the city in all its varied landscapes of streets, bridges, buildings, trash, junk, people, parks, and gardens. Nothing escaped his eye through the lens. As a glass artist his prime concern had been with light and this was also a preoccupation in his photographs and paintings. The exploration of light, a common thread in these paintings executed in a photorealistic style, represent a clear departure from his work in glass. The canvases uniformly conform to a 40″ X 50″ format, either vertically or horizontally. They are signed on the back with the date and RWS, one of the few occasions in his professional life that he used his middle initial. In 1988 / 89 he participated in a two-person show at the OK South Gallery in Miami. His death in 1990 coincided with the sale of his first painting, “Stripes”, through Ivan Karp’s OK Harris Gallery in New York and the publication of his fourth book “Rethinking the Forms of Visual Expression”.  A number of his paintings have been posthumously placed in private collections.  (More details on Robert Sowers)

One of two employees hired in Greenfield Family Chiropractic in Danvers in the early 1990’s, Lee was from New York and her mother (Judi Jordan Sowers) married Robert Sowers late in his life.  In 1992, Lee showed me a contact sheet of her stepdads work and asked me which I liked.  I was immediately drawn to an image done in the style of American Gothic.  Shortly thereafter, Lee gifted me the painting as a birthday present.