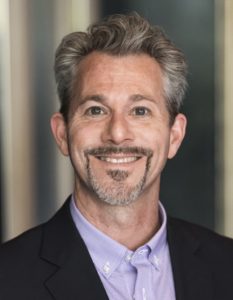 Jeff Greenfield is an entrepreneur, marketer and technologist who has created some of the most innovative and effective marketing and technology programs over the last two decades.

As Co-Founder and COO of C3 Metrics, Greenfield served as the chief architect (CTO) of the Attribution Data Cloud, now serving billions of impressions for clients including JP Morgan, US Bank, Hertz, Nestle, Peapod, Carhartt, Edward Jones and Fender.

His extensive work with the Media Ratings Council led to accreditation for viewability and the creation of attribution accreditation, the first for the industry for which he was recognized at the Market Research Council where he was named a ‘Star of Attribution’ by Sequent Partners.

An in-demand conference speaker, Greenfield has been featured at hundreds of conferences including NAPTE, NAB, Mediapost, BANFF, MASB, ANA and TVOT. His thought leadership has appeared in The New York Times, The Washington Post, The Wall Street Journal, Bloomberg, ABC, CBS, and Investor’s Business Daily.

Greenfield studied Biochemistry at the University of Maryland, holds dual degrees from Southern California University of Health Sciences, is an instrument rated pilot and a performing member of the Magic Castle in Hollywood.