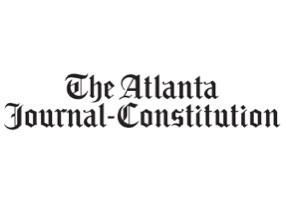 Last weekend, hundreds of metro Atlanta women flocked to a strip mall in DeKalb County to stake their own claim as sexy TV moms.

They came to audition for a possible reality TV competition —- “Hottest Mom in America” —- that plans to pit sexy women against one another.

Lines looped around the shopping plaza at the intersection of Briarcliff and North Druid Hills roads. Some had showed up at 1:30 a.m. even though the audition didn’t begin until 8 a.m.

The women were supremely confident, self-proclaimed hot mamas all.

“When enough people tell you, you start to believe in it, ” said Minelva Acosta, a mortgage loan officer and divorced mother of two. “I have the whole package.”

Other women said they were hotter.

“I have a nice hourglass figure for a 37-year-old, ” said Tressa Stanley of Decatur, who has two boys. And, she added, “I’m extremely smart.”

“You can’t print that in the paper, ” she answered.

Sexiness is also determined by the strength to withstand life’s curveballs, said Melody Estrada, 40, of Hampton. She said she didn’t let breast cancer, chemotherapy or reconstructive surgery reduce her sexiness.

“I was hot even when I was bald, ” said the mother of three, who brought her 19-day-old son along in a carriage. “I have a great flat stomach.”

The women came dressed to compete. (Hey, this is TV.)

Something else was new for Patton, 36, said the mother of three: her breasts, newly enhanced via cosmetic surgery.

“I work out every day. I eat high protein, low carbs, ” Bradford said.

But weight and sexiness have little to do with each other, said Batina Boykin, 38, a Cascade-area cab dispatcher who has two daughters.