In 1995/96, Cheryl and I found this incredible coffee shop in Portsmouth, New Hampshire called Caffe Kilim.

The coffee was great, but the atmosphere and the people were the draw, and we quickly became regulars.  Such regulars that we moved to Portsmouth because of Kilim.

Justine McNamara, an artist from Australia here for the summer in 2001 made the following piece for a local art show and it was eventually purchased by the owners of Caffe Kilim, Yalcin Yazgan and his wife Janice Schenker.

(Yalcin can be found to the far left with long hair and mustache). 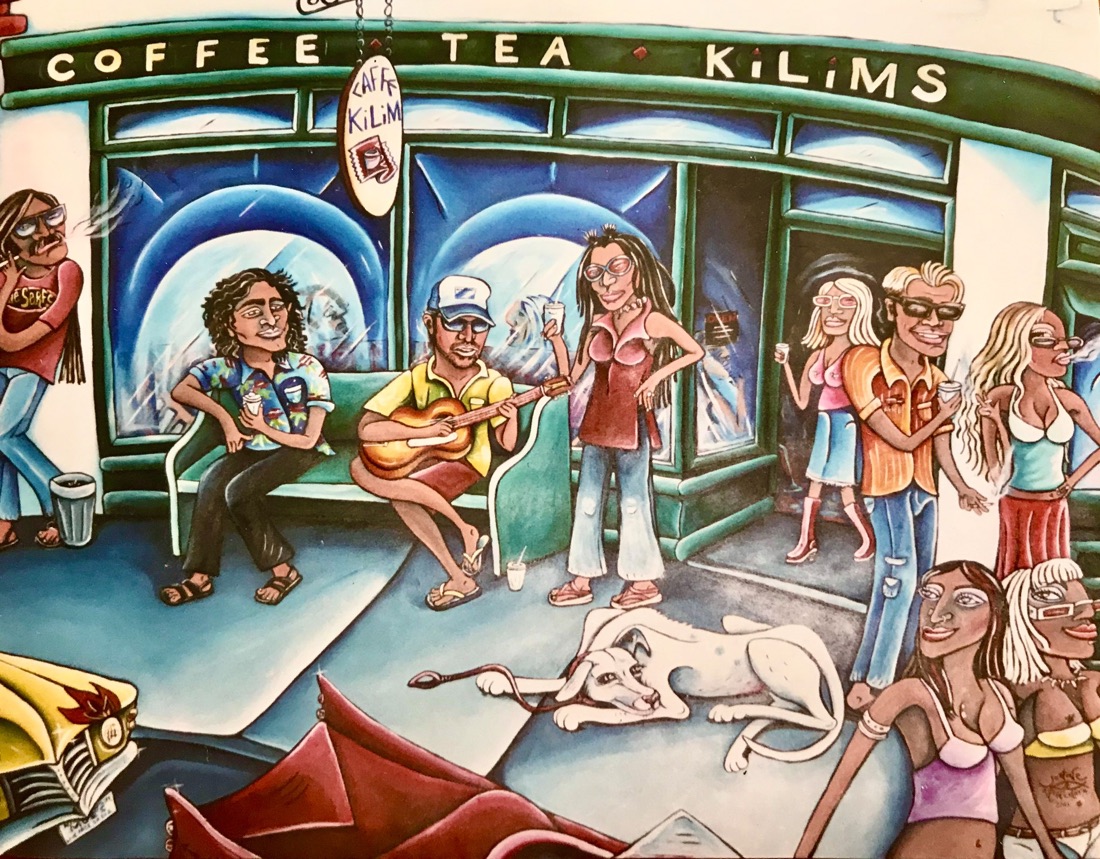 The young woman standing next to the guitar is Kate Crowell, a local artist who became friends with Justine, worked at Caffe Kilim and her art was featured alongside Justine’s.

Here’s a picture of Kate and Justine.

Here’s a picture of the Caffe Kilim painting alongside one of Kate’s. 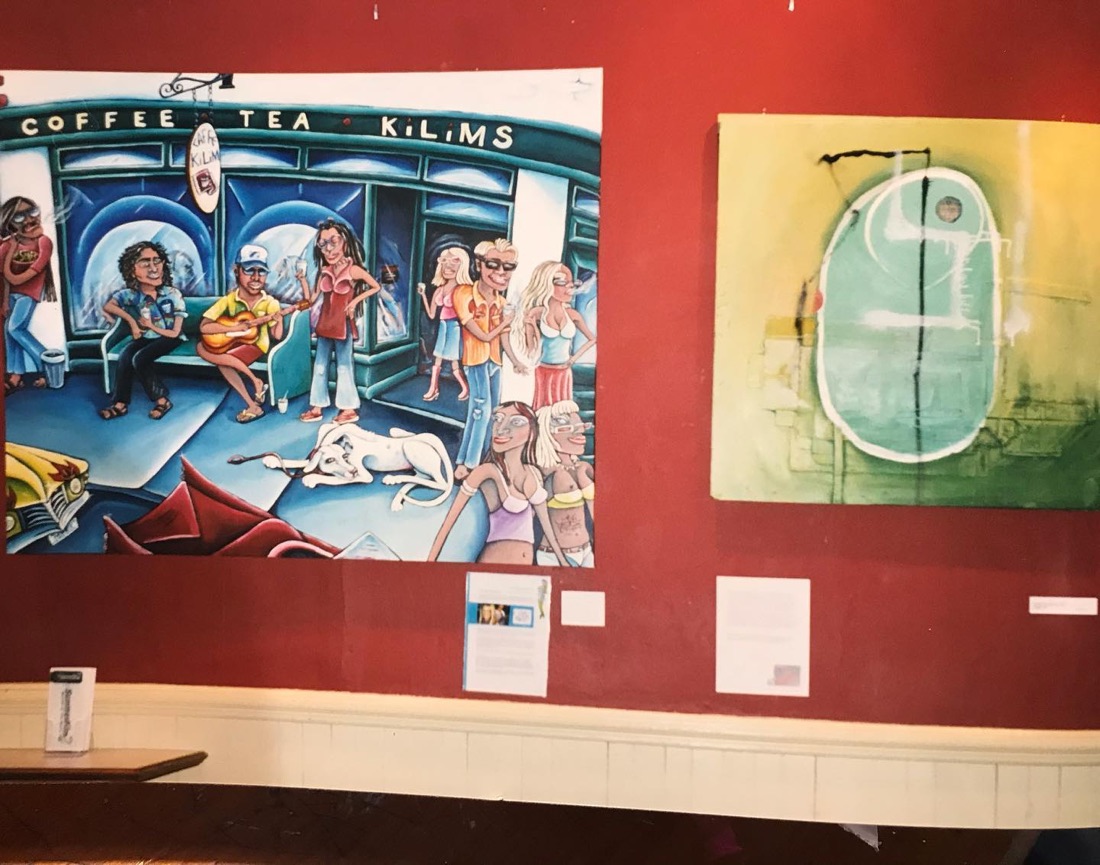 Here’s a picture of Kate and Caffe Kilim owner Yalcin 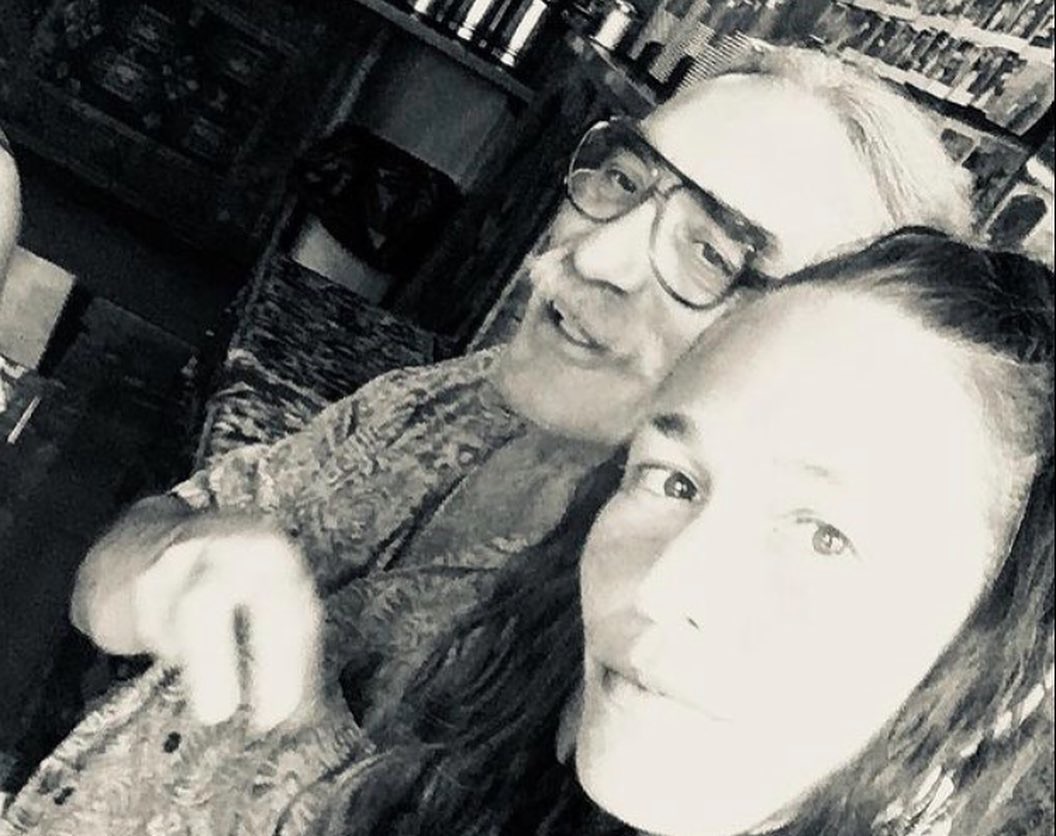 We loved this painting of Kilim and over the years have offered to purchase it from Yalcin and his family, but they always refused to sell it.

In April 2021, I reached out to Justine directly and asked if she could recreate the painting and add my family.

Everyone was heartbroken, especially Justine, but she loved the opportunity to paint Kate again.

“How do you start a painting? I want to know where it first begins, and how it morphs and winds its way into being”, says Contemporary American artist and author Kimberly Brooks.

Kimberly’s amazing newsletter introduced me to the concept of ‘Ultrasounds’:

“Paintings don’t necessarily start entirely on the canvas. It more often emerges just partially in the mind and unfurls itself slowly onto other media before it achieves its final destination. These intermediate versions were always my most private until the gallery would whisk them away along with the oil paintings hanging by them on a nearby wall like framed ultrasounds next to the new borns in the rest of the gallery.”

These ultrasounds provide incredible insight into the creative process!

With ultrasound #1 came this amazing idea from Justine:

I had the idea to include the younger versions of yourself with your baby daughter strolling out down in the bottom right-hand corner of the painting.

Most amazing was Cheryl earlier the same day looking at the highway and stating, “I see our younger selves in traffic heading up to Maine”.

What made it more incredible is that Cheryl did not know about the painting (it was a surprise) nor the note from Justine.

Finalized the layout of your younger selves today and have started working on bringing them to life. Your current day selves are almost finished just must finish a few touches and I’m not finished your wife’s face yet but here are some updates 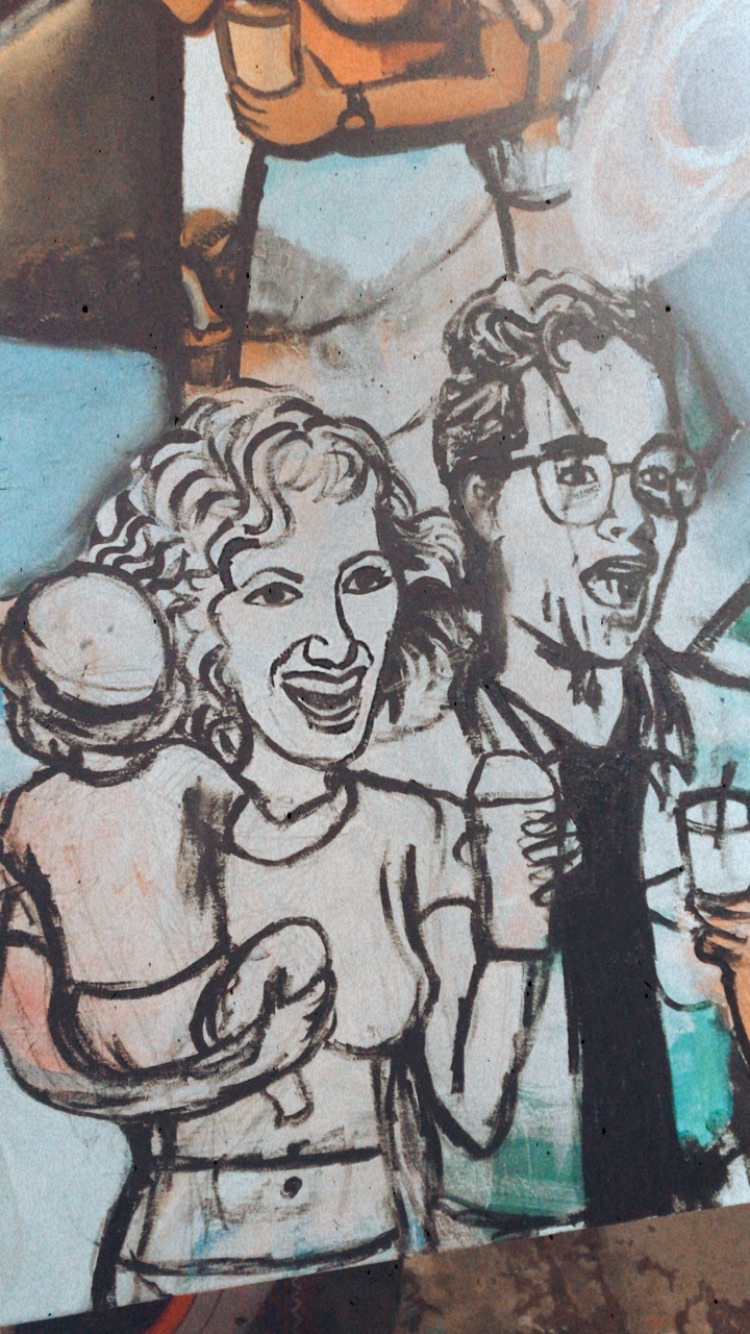 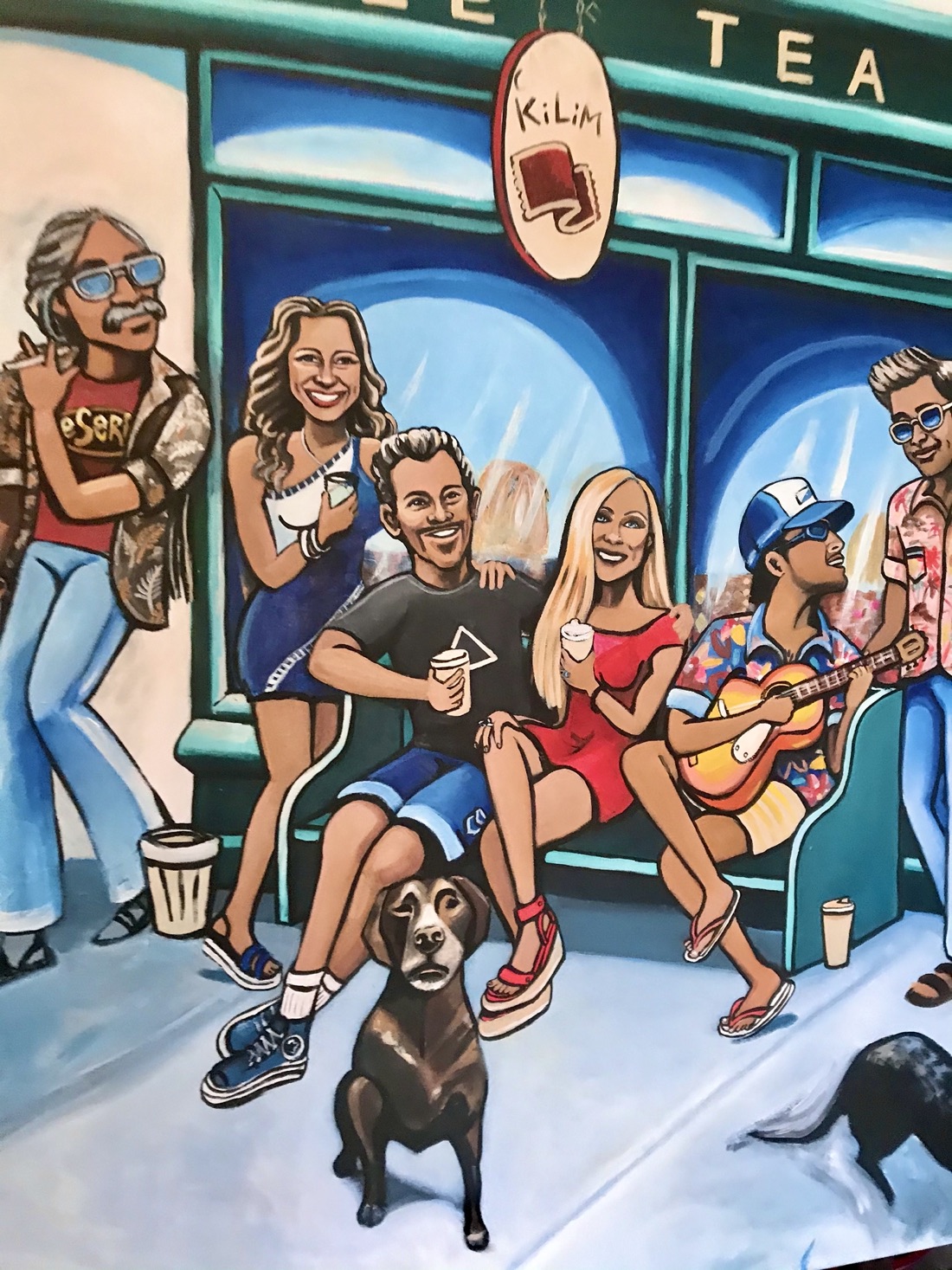 The completed work is incredible.

x I loved that Yalchan purchased the painting all those years ago and it has graced the walls ever since. The original painting of Kilim is filled with just some of the amazing characters who frequent the place to share stories over the best Turkish Coffee I have ever had!

It was so cool to receive a request from a family who have also enjoyed over 20 years of good times at Kilim, to create for them ..their own painting …same but different 💘 a week after hearing from them I heard the tragic news of Kate’s passing ….so more than ever, it has been a joy to jump back into all the old photos and memories to create this new version X long live @caffekilim and the memory of our beautiful Kate