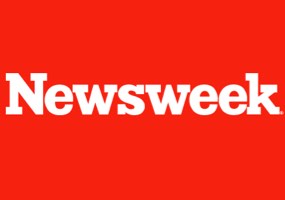 In “First Descent,” a new snowboarding documentary that opens in limited release this week, mountains are everywhere. You’ll have to look a little harder to spot the Mountain Dew.

But not too hard. Mountain Dew, after all, didn’t just pay to have the soft drink in the movie. It financed the entire project, which follows five snowboarding icons. (A rep won’t comment on the budget.) Experts call it “branded entertainment.” How better to control screen time for a product?

But John Galloway, VP of sports and media for Pepsi-Cola, says that less is more in this film. Pepsi-Cola, which owns Mountain Dew, wants to build buzz by association. “Our goal is for this to be the seminal movie of snowboarding—we didn’t want to go overboard with the product,” he says. Product shots are subtle—a snowboarder’s helmet, for example, shows the logo.

Marketers say Mountain Dew made a smart move, because audiences are turned off by blatant product placement. Jeff Greenfield, a product-placement expert, says there’s a “backlash that’s happened with brands; it’s not supposed to be in your face.” Still, media experts aren’t so keen on the idea of a company’s bankrolling a documentary, with say over the final cut. “It’s like going back to the 17th century, where you had to please the patron,” says Mary-Lou Galician, head of media analysis at Arizona State University. “This is dangerous.” But John Kaplan, a co-producer of the film, says that if the filmmakers “felt in any way they had to compromise, the whole thing would have been a wash,” and there would have been no film. It seems the real danger was on the slopes.