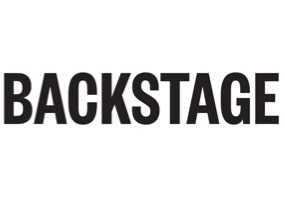 Last month, while the television networks were staging their upfront presentations for advertisers, the Writers Guild of America held a press conference to reiterate its objections to product placement—the practice of positioning name-brand items in a scene and weaving them into dialogue. This was the latest instance in a steady stream of disapproval by the artists’ unions, whose leadership over the past year has pushed for a say in the process and, possibly, a financial stake.

Though money is most often the bottom line, both the WGA and the Screen Actors Guild say they are most concerned about their members being contorted into—in their view—nakedly shilling for companies. Nevertheless, marketers still need to sell their products and studio executives still have to generate ad revenue, without which free television would not exist and many movies wouldn’t get made. In an ever-shifting media landscape—with new technologies competing for viewers’ attention, sometimes enabling them to avoid commercials altogether—this has become more challenging. Thus there is product placement, which has been on the rise in television and film for the past decade. Its net worth, according to the research firm PQ Media, was $3.46 billion in 2004, a 30% increase over 2003. The company also found that product placement grew at an annual rate of 16.3% from 1999 to 2004.

Though there seems to be a great divide between management and labor over this issue, there is more common ground than some might realize. Like actors and writers, marketers and studio executives are wary of branded entertainment, because excessive commercialism can have a negative impact on the products being sold and the shows serving as a platform. Witness NBC’s The Apprentice: According to advertising and entertainment industry experts, ratings for the reality show declined this season in part because of too much product placement.

To avoid that situation, advertising and studio executives are developing ways to seamlessly meld products with shows. One occurs during postproduction, when editors can insert the image of a soup can or box of cereal onto a kitchen counter—a process known as digital product placement. Developed by Marathon Ventures in Burbank, Calif., the service is sold to ad buyers and studios. Not only does it allow for more-discreet advertising in a show, but the placement can be used in four different ways. For example, Coca-Cola can pay for a can of Coke on a table in the foreground of a scene, then change it to a carton of Minute Maid orange juice for the rerun, A&W; root beer in the syndicated version—both of them Coca-Cola brands—then back to Coke for the DVD.

This innovation would seem to answer the complaints of the WGA, the most vocal critic of product placement among the unions, because it doesn’t involve writing at all. However, it’s hard to know the writers’ position: Gabriel Scott, spokesperson for the guild, said the union would not comment on the technology.

The actors’ unions seem to be sidestepping this issue, as well. When asked to comment, the American Federation of Television and Radio Artists released a statement outlining its general policy on product placement, saying it’s studying the matter and working to ensure that the process does not “compromise members’ employment or employment opportunities.”

Though SAG spokesperson Seth Oster also declined to comment on the issue, he pointed to the spring edition of Screen Actor, the union’s magazine. It contains an article titled “Forced Endorsement,” in which the union expresses its concern about digital product placement: “Technology now allows advertisers to digitally insert their products during postproduction, meaning actors may not even be aware of what is being advertised in their own shows.”

According to several news reports on Marathon Ventures from outlets such as The New York Times and CBS’s The Early Show, an episode of Yes, Dear in April 2005 was the first scripted program to use digital product placement—in a scene in which a box of Club crackers sits on a coffee table. In an email to Back Stage, Jean Louisa Kelly, an actor in the scene, indicated she didn’t have a problem with it: “I was okay with the product placement on Yes, Dear and didn’t notice anything really inappropriate.”

Jeff Greenfield, executive vice president of 1st Approach, a branded-entertainment marketing firm based in Portsmouth, N.H., has long been a champion of product placement, but he also understands its limitations. “When it’s done too much, it becomes exhausting to watch, viewers start to tune out, the bloggers pick up on it,” Greenfield says. The resultant negative buzz can hurt show and brand alike.

Instead, he says, the future of integrated marketing will involve brands producing their own programs. “Why try to get pigeonholed into a show?” Greenfield asks. “What I tell my clients is, if you create good content, the distribution will be there…. I see TV as an excuse to do marketing.” Greenfield is working with two companies to develop two new programs, but they will be reality shows, not scripted.

Enter Lovespring International, an improvised comedy on the Lifetime channel that catalogues the tribulations of a sputtering dating service in the digital age. The service’s nemesis is the real-life website Perfectmatch.com, which paid for the tie-in that makes the show possible. It might seem that the talents behind a program in the tradition of Curb Your Enthusiasm and This Is Spinal Tap—which pillory the hypocrisy and self-seriousness of show business—would reject any kind of product integration. But the opposite is true, and not just because it provides work for actors and writers.

“When I was told about the idea, I thought it was terrific,” says Jack Plotnick, an actor on Lovespring and one of its developers, “because we needed that idea anyway”—another dating service to serve as a foil. “It’s a fun tie-in. I don’t see it as a slippery-slope kind of thing.”

Having a real-life competitor lends the show a legitimacy it wouldn’t get with a fictitious company. In general, such verisimilitude can be a creative upside to product placement. Sam Pancake, another actor on the show, said he’d rather see a character eat Wheaties than a contrived, generic brand such as “Crunchy Flakes.” “Seeing an actor hold a can that says ‘Cola’ takes me out of a show as much as excessive product placement,” he says. Of the Perfectmatch.com tie-in, he adds, “It makes sense to me, and it doesn’t bother me. I’ve never felt that it went against me creatively.” The actors say, they are not even required to mention Perfectmatch.com in every episode.

Guy Shalem, the show’s creator, says he was pitched several ideas for product placement by Lifetime, including one for a computer company. “Not only did [the company] want to be mentioned, but also [wanted] some sort of story line,” he says. “It was asking way too much of us. We wanted flawless integration, and in Lovespring, [Perfectmatch.com] was the only company.”

Achieving a flawless integration of programming and product would appear to satisfy all parties: marketers who need to work around DVRs and consumers’ general dislike of ads; studio executives who are under pressure to boost revenue each year; writers, actors, and other artists who don’t want to blatantly promote a company’s wares within the context of a show. Yet the very idea of commercial legerdemain unsettles people outside and inside the entertainment industry.

The WGA addressed the issue in a position paper about “stealth advertising” released in fall 2005: “That Guild members are now being forced to take part in stealth and often subliminal advertising concerns us a great deal.” The tract also raises the specter of the Federal Communications Commission by mentioning an FCC regulation that states, “Listeners are entitled to know by whom they are being persuaded.”

The agency has worked diligently to raise its profile and influence during the Bush administration, most notably with the passage of a much tougher indecency bill. Jonathan Adelstein, one of the agency’s commissioners, told the Los Angeles Times last year, “Everything from Coke to soap is subliminally hawked in TV programs. In today’s media environment, product placement has moved beyond Coke tumblers prominently displayed at the judges’ table of American Idol. Now products have even seeped into plot lines.”

Likewise, the WGA report states, “The Guilds do not want members put in the unacceptable position of facilitating violations of FCC regulations. We, therefore, think this issue ultimately requires discussion both at the bargaining table and before the FCC in Washington.”

The uncertainty caused by technology and the changing tastes of viewers forces studios and advertisers to seek alternatives to traditional models of marketing so that everyone can achieve the same goal: to get paid. Although the unions try to negotiate the margin between craft and commerce, ultimately their members work for the studios—and everyone wants to work, period. “I was in pilot hell for six or seven years,” Shalem says. “I haven’t gotten anything on the air” before the Perfectmatch.com deal. Creative talents can advocate for what they see as a better system, but, in the end, advertising pays the bills. There’s no doubt marketers are going to have a big say in how the system works at any given moment.

People won’t stop watching television, of course, and Ruskin knows that. But he believes that artists who work in the medium will eventually be affected by the integration of products and programming. “The infomercial medium allows for fewer opportunities for acting brilliance and screenwriting brilliance,” he says. “As the constraints grow on television and it starts to look more like QVC, it’s inevitable that the quality is going to decrease. Good actors and good screenwriters will flee opportunities [in TV] for those of higher quality.”

For some of those working in the television industry, the outlook is much more sanguine. Kelly, the actor on Yes, Dear, writes, “There will probably always be a tension between the advertisers’ interests and the creators’ interests.” Says Shalem, “The bottom line is moderation. That’s true for everything in life.”