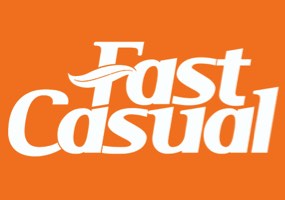 In every episode of the Showtime series “Weeds,” a character drinks It’s A Grind coffee.

“To be on a television show like Weeds means a lot to our brand, especially while we’re in a stage of growth,” said Rick Kowalski, the vice president of operations.

The Long Beach-based chain currently has 70 locations across the United States and plans to open 150 by year’s end. As It’s A Grind executives work to negotiate new franchise agreements, “the exposure on ‘Weeds’ helps elevate brand awareness and reaches our target audience,” Kowalski said.

“Weeds’” storyline centers on the life of Nancy Botwin (Mary-Louise Parker), whose husband died of a heart attack. The widow is left almost penniless and struggles to raise her two sons in the fictional town of Agrestic, Calif. She sells marijuana to make ends meet. For Parker’s performance, she won a Golden Globe for best TV comic actress Jan. 16. Critics compare the show to other award-winning series such as “Sex and the City” and “Desperate Housewives.” The notoriety behind the show warrants a six-figure product placement contract, but the opportunity just sort of fell in It’s A Grind’s lap when representatives from Showtime and Lions Gate films contacted company officials.

“The people from the show drink our coffee and asked if they could have it on the program,” Kowalski said.

The only catch was Showtime requested fresh-brewed coffee, an expense of maybe $30 a day. This type of trade is quite common, according to Jeff Greenfield, executive vice president for 1st Approach, a firm that charges an annual fee of $150,000 to $180,000 for placing brands in entertainment properties.

Greenfield helped negotiate a similar deal for Baja Fresh, which provided food for the “I am Stamos” set.

“With restaurants, we use branded items where people are eating. We make the items and labels visible where you recognize the specific chain,” he said.

Product placement began in 1938, but really made its mark in the 1970s when tobacco companies ensured actors used their brands on camera. The concept became commonplace when Reese’s Pieces sales increased 80 percent after its placement in the movie “E.T.”

According to iTVX, a company that measures the quality of product placement, television viewers recall strategic product placements four times more than they do in paid commercial messages.

But just because a viewer recognizes product placements over commercials does not necessarily net a positive return on investment. Greenfield said companies must establish strategic goals.

“When we get a new client, we ask, ‘What is the goal?’ Do they want to put more people in seats? Do they want to increase franchises? Are they looking to increase business in certain demographics or areas?” he said. “And whatever the goal is, it’s important that the company’s Web site communicates that goal. Because what we’re finding is consumers get online to research products they viewed on film or television.”

No franchise does a better job of using entertainment properties strategically than Starbucks, Greenfield said. On Feb. 14, Starbucks will release a children’s music DVD collection “We Are … The Laurie Berkner Band.” The project includes a five-song CD and is a co-release from indie label Razor & Tie Entertainment, Two Tomatoes Records and Starbucks Hear Music. It will be available at Starbucks stores in the United States. Starbucks also is prominently featured in the new film “Something New,” which hit the box office Feb. 3.

“Starbucks is very attractive to filmmakers,” Greenfield said. “They (filmmakers) want those chains that have strong brand recognition and will bring in an audience. Right now, the major filmmakers are very interested in working with large chains.”

“At first, they will ask for $100,000, and as the film date becomes closer, they will lower the fee,” Greenfield said. “The day or so before filming, if they don’t have a brand, they will ask ‘can you get us free soda’ or whatever brand they need. From a product standpoint, you take a chance of a competitor purchasing the placement. Those free deals don’t come around very often.”

It’s A Grind lucked out with the “Weeds” opportunity, said Kowalski, with having producers approach them. But most of the time a middleman like Greenfield works for a company to negotiate deals with filmmakers.

“The real value of being on a show like ‘Weeds’ is in DVD sales,” Greenfield said.

Kowalski said for “Weeds’” second season, there’s been discussion to film at the company-owned Long Beach store. “It’s really hard to say how valuable that is for us, but obviously, it’s in the million-dollar range.”