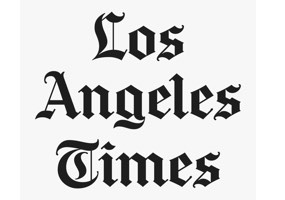 The members of the McCoy Memorial Baptist Church choir in Los Angeles have been working very hard lately. The 40-member ensemble normally meets once a week at its East 46th Street home. But since reaching the L.A. regional semifinals of the “How Sweet the Sound” nationwide gospel choir competition, it has held extra rehearsals and a weekend “boot camp” to lick into shape its version of the gospel standard “Pass Me Not.”

“We’re taking an old, familiar tune and making it contemporary, using a beat and careful dynamics,” says choir director Rebecca Sherrill, who like many church choir directors in this country teaches the singers their parts by ear. “Written music is constrained to the notes on the page. We want to make the song our own.”

Tonight, before an audience of thousands and a panel of gospel industry heavyweights, McCoy Memorial’s choir will compete alongside seven other Southland ensembles for $10,000 in prize money and the chance to go on to the national finals in Atlanta on Nov. 8. That’s when winning choirs from 11 regional heats will vie for a $25,000 grand prize and the title of “Best Gospel Choir in America.”

If standards at tonight’s “sing-off” at the L.A. Memorial Sports Arena are as high as at the Oakland semifinals, McCoy Memorial’s choir will be up against some formidable vocal talent. Intense energy, swooping harmonies, clarity of diction and bombastic theatricality characterized the Bay Area event, held Friday at the Oracle Arena (home of the NBA’s Golden State Warriors). About 10,000 people turned up to see six choirs perform such hits as “In the Sanctuary” and “Awesome God.”

The judges made brief remarks after each performance, commenting on everything from one ensemble’s “strength of belief” to another’s “great dancing.” The panel even praised two choirs for their racial diversity. “I love seeing all these ethnicities singing together,” said Lawrence. “It looks just like heaven.”

The audience was equally vocal in its response to the performances. When the emerald-robe-and-white-glove-clad choir from Richmond’s Independent Holiness Church sang the refrain “Raise up! Sing the praise up!” with perfectly synchronized arm gestures, hundreds of people started swaying and joining in. By the time the final act of the evening, the enormous Jubilee Christian Center choir of San Jose (which the judges ultimately selected as overall regional winner), got around to the line “We lift our hands up!,” the entire stadium was on its feet, singing along with arms in the air.

The competition’s sponsor, Verizon Wireless, initially piloted “How Sweet the Sound” in 2007. But after the success of that one-off event in Memphis, Tenn., Verizon decided to take the contest nationwide this year. The competition was conceived to capitalize on the company’s V Cast wireless music service. At each of the regional rounds, Verizon customers have been able to use their cellphones to vote for their favorite choirs and send text messages to friends via massive screens flanking the sides of the stage.

With its deepest roots in the African American churches of the early 20th century, gospel music, at its best, has the power to move both devout and secular listeners. As James Baldwin ardently put it in his 1963 novel “The Fire Next Time,” “there is no music like that music, no drama like the drama of the saints rejoicing, the sinners moaning, the tambourines racing, and all those voices coming together and crying holy unto the Lord.”

Yet the genre represents a relatively small amount of total music consumption today, having accounted for 6.6% of all album sales in 2007, according to Gospel Music Assn. statistics.

However, interest in gospel, broadly defined by association President John Styll as “popular music with a faith-based message regardless of style,” seems to be increasing. Gospel digital album sales grew more than 66% in 2007, while sales of digital tracks increased by more than 36%.

Styll attributes the growth in gospel’s popularity to higher production values, better marketing and the crossover appeal of such artists as Yolanda Adams and Sapp. “You used to have to go to a specialist record store or Christian bookstore to find gospel music,” he says. “But now gospel albums are available at Wal-Mart.”

Over at McCoy Memorial, pastor Robert A. Williams Jr. is dumbfounded by his choir’s success. “I’m surprised we got chosen,” he says, exploding into incredulous giggles over the phone. “We’re a hodgepodge of people with no professional singing experience. One singer even came up to me the other day and said, ‘I never thought I’d get into the choir because I don’t sing so well.’ ”

Like many such groups, McCoy Memorial’s ensemble is composed of keen amateurs rather than professionals — director Sherrill makes her living as an electrical engineer — so their having made it to the semifinals of “How Sweet the Sound” is cause for both trepidation and pride.

“It’s amazing what God can do when ordinary people come together,” says Williams. “That’s the real story here.”