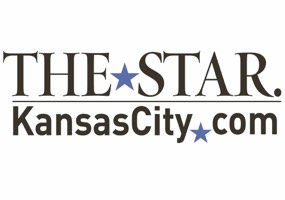 Schwarzenegger, Nelly and other celebrities hitch ride with racing

What do LeBron James, Batman, Nelly and Pamela Anderson have in common?

All have or are in the process of aligning their stardom and popularity with NASCAR. That’s right: NASCAR. Get the stereotype of the red-necked, Skoal-chewing, mullet-wearing race fan out of your head.

NASCAR is seen as a can’t-miss product to many advertisers, and lately — within the last year, according to many experts — that means the previously network-television obsessed world of Hollywood.

“It’s just a great billboard,” says Jimmy Jellinek, editor-in-chief of Stuff, a men’s magazine. “You can watch a Tide box go around in circles at 200 mph. You have this captive audience, and Hollywood has picked up on it.”

The examples are everywhere. Nelly bought into a Craftsman Truck team. James’ face was on Bobby Labonte’s hood. The list goes on, from Jennifer Aniston to Arnold Schwarzenegger, of mainstream, A-list celebrities who are getting in line to associate themselves with NASCAR.

In the music world, Lenny Kravitz, Lisa Marie Presley and Three Doors Down have appeared in TV ads. A new one is being released this weekend with Scott Stapp, the former Creed frontman.

Joe Gibbs Racing has put ads for “The Passion of the Christ” and “Madagascar” on its vehicles. Warner Brothers spent seven figures so a race could be called the “Batman Begins 400.” A Busch Series race last year was the “SpongeBob SquarePants Movie 300.”

Lindsay Lohan’s last movie included speaking roles for Jeff Gordon and Jimmie Johnson. Will Ferrell is starring in a NASCAR movie to be released next year that includes scenes shot at a race at Talladega.

“(Hollywood executives) saw the demographics and were shocked,” said Jeff Greenfield, executive VP for 1st Approach, an entertainment marketing firm. “They’ve got an almost guaranteed audience that’s sitting there. An audience that will buy and is proven. Some brands spend $14 million a year sponsoring a car. They do that because they get their money back.”

Contrast this with baseball, which a few years back announced intentions to put Spiderman logos on the playing field. Plans were dumped after baseball took shot after shot from the public and news media. A similar outcry stopped the Michigan-Ohio State football rivalry from taking on a corporate sponsor.

Can you imagine the NFL even thinking of naming it the SpongeBob SquarePants Movie Super Bowl?

“In racing, it’s different,” driver Mark Martin said. “It can’t happen without sponsors. The race fan understands that it is absolutely critical to have those sponsors for the races as well as for the teams and everything because we can’t make it on television revenue. We can’t even come close, you know, to racing on the revenues from ticket sales and television.”

This is a big reason NASCAR has been able to penetrate Hollywood and other entertainment, because it can provide a large and intensely brand-loyal audience.

Jeff Gordon was a host on “Saturday Night Live,” Earnhardt was featured on MTV’s “Cribs,” and all 10 drivers involved in the Chase did the “Today Show” and “Regis and Kelly.”

It’s all done under the careful and cautious eye of NASCAR, which controls the pace and degree of its drivers’ exposure.

“We wanted to take it slowly,” said Andrew Giangola, director of business communications for NASCAR. “We wanted to have our ears and eyes open and understand the Hollywood community. We didn’t want to come in as outsiders … and we wanted to do it in a way that was authentic to the sport.”

That’s why NASCAR is the only major professional league with offices in Los Angeles. Those opened in 2000, no coincidence the same year as the first network TV deal. The head of NASCAR’s LA office left a position at ESPN.

The thinking goes something like this: NASCAR, still, is looked by some as a niche sport. The more celebrities associate themselves with the sport, the more the sport will be looked at as mainstream.

From the celebrities’ standpoint, there is every incentive to ingratiate themselves with a huge and growing fan base of brand-loyal consumers.

“It’s a smart play,” said Robert Tuchman, president and founder of New York-based TSE Sports and Entertainment. “There’s a huge opportunity, not only for NASCAR, but for Hollywood. It’s one of the last sports to go this direction, but I think it’s the one that has the most opportunity for growth.”