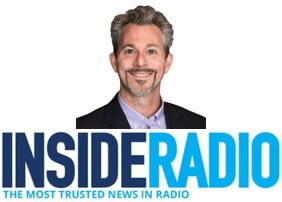 As radio sales teams work to convince local businesses hit by the pandemic to get back on the air, part of their pitch should include the importance of building brand awareness – something radio is well known for. “We haven’t done a really good job of educating our core advertisers on the value of what we provide, and that one of the most important values that we provide is an upper funnel awareness,” says Jeff Greenfield, Senior VP, Buy Side at WideOrbit.

In other words, capturing as many leads as possible (upper funnel), before slowly nurturing prospective customers through the purchasing decision (lower funnel), is often overlooked in today’s short-term ad world where digital frequently gets the credit for the final click to buy. Greenfield, who joined WideOrbit in January with a mandate to “help our customers” (the broadcasters that use its advertising software), points to Procter & Gamble to make his point. The consumer packaged goods giant was seeing diminishing returns from narrowly targeted lower funnel digital advertising at the expense of building brand awareness through reach media like radio and TV. So it cut $100 million in digital advertising it deemed ineffective and got back in business with radio.

“When advertisers focus their dollars at that lower part of the funnel, the number of people that you’re exposing, gets less and less, and as a result, advertising dollars are not going to work as well as they did before,” Greenfield says.

He ought to know. Before joining Wide Orbit he was founder/COO of attribution and analytics firm C3 Metrics, which helped such clients as JP Morgan U.S. Bank “understand how different media interact with each other and, and what works best together and what doesn’t work best together.”

Making matters worse, the uncertainty brought on by the COVID pandemic caused many advertisers to cut their ad budgets, and in the process, lose market share that is “almost impossible” to gain back.

‘The Value Of Brand’

Now working with WideOrbit’s radio and TV clients, he is urging local businesses to keep themselves top of mind in the community. “There’s a lot of work that radio can do to drive the point home of the value of brand and the value, especially now, of letting folks in your local community know that you’re here, and that you’re part of the community, that you’re feeling the same pain that they are, but you’re here for them,” Greenfield says. “You want to let your community know that you’re not abandoning them. And when you stop advertising, your local community thinks you’re not there anymore.”

Remaining on the air is a message that Nielsen has also been advocating for. The measurement giant says on average it takes three to five years to recover equity lost because of halted advertising and long-term revenue can decrease by 2% for every quarter a brand doesn’t advertise. Furthermore, company data shows that long-term marketing contributes to sales growth.

This is especially true in the auto industry, where computer chip shortages brought on by the coronavirus significantly depleted inventories on dealer lots. As a result many dealers made major cuts in advertising. With an average car buying cycle lasting nine months, from the time someone comes into the market to the time they buy, auto dealers need to be thinking long-term, Greenfield says. “You’ve got to look ahead to 9-10 months from now, when there’s a ton of people that are going to be in market. And that’s why it’s important to keep your name out there and keep that awareness there.” Whether it involves a car dealer sponsoring a local food bank or some other profile-raising activity, “letting people know that you’re there is the most important thing you can do so you will not lose market share,” he cautions.

‘The Power Of Voice’

With digital ad fraud now spreading to connected TV and the oncoming “cookie apocalypse,” Greenfield sees the advertising door swinging open wider for radio and its sister medium of podcasting. “Audio is one of the most powerful things out there… It’s the power of the voice,” he says, pointing to the ability of storytellers ranging from Howard Stern to podcasters to influence behavior. “Those messages can kind of get into the brain when it’s in a little bit of a relaxing mode. And that’s very powerful.”