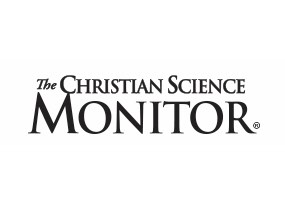 TV editor Scott Miller says he has twisted himself into a pretzel trying to bend plotlines to suit sponsors. In Game Show Network’s “American Dream Derby,” he had contestants swill Diet Dr Pepper during the show’s weekly “fallout moments,” when the teams quietly discussed strategy. On MTV’s “Tough Enough 3,” pro-wrestling contestants were taken to a local mall to visit Foot Locker, Coffee Bean, and Jamba Juice.

“I remember asking the producers, ‘Do we really have to show this? There is other more interesting stuff that is important to the story line,’ ” recalls Mr. Miller, a 31-year-old who has been working in Hollywood for five years. “Just do it,” they said. “We have to.”

Miller and his fellow members of the Writers Guild of America as well as the Screen Actors Guild say such pressures to place commercial products in TV shows and films have skyrocketed in recent years. They are calling for a code of conduct to govern the practice and say they will appeal to the Federal Communications Commission if production studios and networks don’t seriously consider their proposal.

The two unions also want a percentage of the additional revenue that this advertising generates as well as healthcare and pension benefits.

“Viewers don’t want to be sold something when they’ve tuned in to be entertained and informed, and writers don’t want to have to become shills to an advertisement-driven media,” says WGA West President Patric M. Verrone. Saying the increased weaving of paid-for product advertisements into TV and film “raises serious ethical questions” Mr. Verrone adds, “The public has a right to be informed that they are viewing de facto subliminal advertising, and creative artists have a right to exercise their creative voices when required to participate in such advertising.”

This week the WGA and the SGA released a report showing revenues from advertising within TV shows and movies exceeded $1 billion in the past year. The report described that product use had increased in films by 44 percent and in television programming by 84 percent in that period. It singled out the NBC primetime hit show, “The Apprentice” for its use of advertising. In the program’s third season, Burger King, Dove Body Wash, Sony PlayStation, Verizon Wireless, and Visa paid more than $2 million per episode to have their products incorporated into plotlines.

“High-tech tools have pushed out the commercials, and the commercials are pushing back,” says Matthew Felling, media director at the Center for Media and Public Affairs based in Washington. He notes that several high-tech devices – DVDs, TiVo, VCRs, and webcasts – now allow viewers to bypass or delete the string of ads on TV. “TV is having to create alternative revenue models. That’s the price we pay for paying no price,” he says.

To better handle how the entertainment industry engages in advertising, WGA and SAG have proposed a code of conduct with four main guidelines. It would require: a full, clear disclosure when viewers see commercial products or hear them mentioned in the program; a strict limit on integrating products into children’s programming; a voice for storytellers, actors and directors “arrived at through collective bargaining” about how a product or brand is incorporated into the content; and an adherence to these regulations by cable TV, where “some of the most egregious abuse” of this integration happens, they say.

Those in the advertising industry respond citing their own pressure to regain audiences they have lost as fewer people watch commercials. They say that it is the networks that have suggested the broader product integrations because of their fears of declining advertising revenue.

These complaints are economically driven on both sides, says Jeff Greenfield, publisher of Branded Entertainment Monthly. In the SAG report, Mr. Greenfield notes that SAG President Alan Rosenberg objected that the growing product-placement practice “too often takes place without any compensation to the very performers that are expected to push those products.” Adds Greenfield, “This is a shakedown by the writers who want a piece of the pie.”

But media analysts say the report and ensuing debate are more evidence of a high-stakes, changing media environment, as cable and satellite TV have eroded the conventional free-TV model.

In recent weeks, new partnerships have formed, making network content without commercials available for purchase via the Internet and satellite.

“This is another step in the breakdown of the free-TV model,” says Mr. Felling, who says the industry is at a critical juncture as the rules change for the writers, the networks and the public. “Is it worth putting up with this advertising creep to keep your TV free,” he says, “or do you want to switch over to something that costs you money?”

By Daniel B. Wood
Staff writer of The Christian Science Monitor