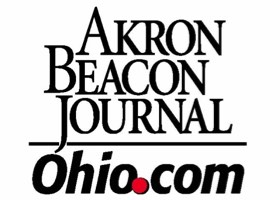 Herbie and NASCAR rivals sport brand, as does Lohan’s cap, via product placement.

There are certain people in Akron who don’t want you to spend a lot of time watching Herbie in the latest Walt Disney Pictures movie that debuts nationally today.

They also don’t want you to pay a whole heckuva lot of attention to movie stars Lindsay Lohan, Michael Keaton or Matt Dillon, who appear alongside the famous Volkswagen Beetle in Herbie: Fully Loaded.

But they’d be delighted if you would concentrate on the baseball cap that Lohan wears and the tires that Herbie and other cars ride and race on in the G-rated family flick.

Make that G as in Goodyear Tire & Rubber Co.

The Akron tire maker plays a cameo role in the picture, which involves the resurrected VW Bug entering NASCAR races. Herbie and the regular NASCAR cars wheel around tracks on Goodyear tires. Lohan spends significant screen time wearing a Goodyear cap. Check out the race uniforms with the Goodyear patches. And there might be scenes where a Goodyear blimp floats by.

The Goodyear brand is not there by accident, of course. And neither are the other business and corporate names that appear in the movie, or, for that matter, probably in any other pic.

It’s called product placement, a deliberate process in which diverse company brands and services — from cars to pop music songs — are incorporated into motion pictures and television shows. The companies naturally hope the experience will translate into sales, and the picture makers hope to create a more realistic viewing experience and, in some cases, get paid by the companies for incorporating their products.

“Disney wanted to make the movie authentic,” said Steve Miller, Goodyear’s marketing manager for NASCAR. “NASCAR does a very good job of getting partners in movies like this. A lot of this comes from us as an integral part of racing. We’re ubiquitous.”

Goodyear and NASCAR go together like peanut butter and jelly: Goodyear is the official NASCAR tire and has supplied tires to NASCAR racers for 51 years.

NASCAR itself is no stranger to corporate sponsors that want to reach an audience of 75 million or so U.S. race fans. The roaring, bestickered, colorful NASCAR race cars have all the subtlety of… well, the race organization has no problem with a car sponsored by — as proudly displayed in very large white letters against a blue background — VIAGRA.

But this story, like the Disney movie, is rated G. Back to Goodyear.

In the case of Herbie: Fully Loaded, Goodyear did not pay to have its name and brands promoted, but did negotiate with Disney over having its name in the movie, according to spokesman Ed Markey.

The tire maker plans to capitalize on the agreement starting July 10, Miller said.

So, coming soon to a Goodyear retailer near you will be the “Herbie Derby” promotion, where customers who buy four selected Goodyear tires will also get a cap identical to the one worn by Lindsay Lohan. The cross-promotion will involve Herbie Derby window banners, counter cards, direct mail and advertising, Miller and Markey said.

A large number of the 600 Goodyear-owned retail stores, and 2,300 independent dealers, will display Herbie Derby posters in their windows.

“Product placement does work, and it does work well. Cross-promotion works well,” he said.

Companies hoping to increase sales out of something that appears on a big or small screen need to follow up with additional marketing and promoting, including a significant Internet presence, Greenfield said. People research products on the Internet that they see integrated into TV shows or movies, he said.

Goodyear will be able to use retail sales figures to measure the success of the Herbie Derby cross promotion, Miller said. Trying to measure overall brand awareness in people who watched the movie is more nebulous, he said.

Goodyear has done product placement in other movies and in other venues. In some cases, vastly different venues.

In what could be considered the ultimate expression of “top-of-mind awareness,” to use marketing parlance, the tire maker earlier this year paid Detroit Pistons basketball player Richard Hamilton an undisclosed amount to cut his hair in the tread pattern of its Assurance tires.

An episode of MTV’s Pimp My Ride show, where cars and trucks are restored and customized, used Goodyear run-flattires for one vehicle whose owner was always getting flat tires, Markey noted.

“There are many different ways to talk to consumers,” Miller said.