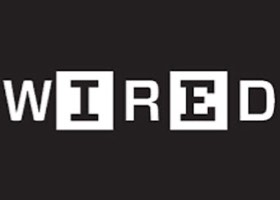 Tech product placement is going into overdrive, with several prime-time shows basing plot lines around hip gadgets and gizmos. And soon, thanks to interactive “object-tracking” technology, consumers may be able to buy featured products with a click of the remote.

As consumers turn away from traditional advertising, tech marketers are picking up the slack by weaving lots of gadgets into the fabric of TV shows and movies. The net, video games and ad-skipping DVRs are forcing marketers to focus more attention on “branded entertainment.”

Movies like Sony Pictures’ Hitch, starring Will Smith, gave prominent placement to several Sony products, as well as the popular BlackBerry e-mail device. The plots of high-energy shows like CBS’ CSI franchise, and Fox’s 24 and Alias, often hinge on technology. The first season of 24, in fact, made novel use of competing computer platforms to denote the goodies and the villains.

Most recently, RSA worked with producers of the new film The Interpreter, starring Nicole Kidman, as well as the TV show Las Vegas.

“The trend in the last five years is to integrate brands in a more organic way,” said Mark Owens, managing director of Ketchum Entertainment Marketing, a branch of the Ketchum PR agency specializing in branded entertainment. “It makes the story ring true.”

Soon, product placement could merge with e-commerce itself. New object-tracking technology allows viewers to click an item in the shot of a TV show — say, the cool cell phone at the lead character’s ear — and find more information about the product or even buy it with the remote control.

“The key is making it something the consumer really wants,” said Scott Newnam, CEO of GoldPocket Interactive, which has been pitching its object-tracking technology to cable operators, who are keen to put their digital set-top boxes to interactive uses.

“It’s about not making it intrusive,” he said. “So far, the focus groups are terrific.”

Newnam predicts that object tracking will be widely available to TV viewers by the end of 2006.

“All the technology is there,” he said. “It just needs to be deployed.”

The technology sector, whose products are often more difficult to explain in 30 seconds, may be especially suited to product placements that are integrated into story lines. After all, a lead character using a tech product can be an onscreen demo for an attentive audience.

“There’s a big difference between having something on the table and having somebody talk about it in the scene,” said Rizzuto. “You’re almost getting an endorsement from that character.”

“There’s a comedy element to it,” he said. “It could poke somebody. There could even be a sexual connotation. It’s funny.”

Greenfield noted that gadget makers are now sending piles of products to writers and producers to infiltrate their psyches during the all-important brainstorming sessions that determine plot lines for the new TV seasons.

Producers often work products into their stories without even asking for money or under barter arrangements. “Barter still rules the roost in Hollywood,” said Ketchum’s Owens.

For example, Cisco Systems, whose security-cum-video phones have appeared on 24, has provided networking technology to the show’s production team for the past four years, according to Cisco. (The company would not discuss specifics of its product-placement deal.)

Marketers are also being careful not to go too far. “If it’s not a true character in the story, people will see it for what it is,” said Mark Hughes, CEO of Swarthmore, Pennsylvania-based Buzzmarketing.

Furthermore, “Hollywood is still very much a creative community,” said Owens. “No actor or director is going to feel forced to put in a particular brand unless the dynamics of the business change considerably.”

Of course, producers understand the game. And they are increasingly lining up sponsorships and product-placement deals before even approaching network honchos with new show ideas.

“That way, you’re not trying to shove a show down their throats,” said Greg Pate, executive producer at Dog Bite Productions. “You’ve already got sponsors.”

In many cases, marketers can find themselves with the upper hand, especially when producers are trying to raise that last bit of money that could make the difference between the project being a go or not.

“They’ll say, ‘We’re willing to do anything for that money,'” said Greenfield.

For example, a mobile-phone manufacturer might negotiate script changes to highlight its brand better.

“They might offer to work it into the script that (one of the characters) works at the cell-phone company,” Greenfield said.