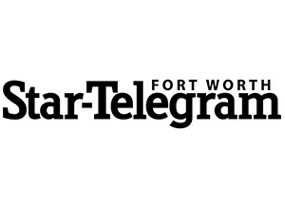 From Jack Bauer’s Ford Expedition in 24 to Paula Abdul’s Coke cup on American Idol to Tom Hanks’ FedEx package in Castaway, someone had to place the brand name product on the set. It was no accident, and it probably wasn’t free.

Far from free. Advertising Age magazine says it costs some $26 million to “integrate” a product on a popular television series today. For companies that want a shot on NBC’s The Apprentice, a per-episode exposure can cost up to $2 million.

One Fort Worth national furniture retailer recently approached a program about displaying its wares and was dismayed to discover it would cost $5 million for the privilege. It turned down the opportunity.

But not everyone does. Advertisers spent $4.2 billion on TiVo-proof (you can’t zip through it) product placements and brand integration last year, according to research group PQ Media of Stamford, Conn. Nearly half of that — $1.9 billion — was in television, with $1.3 billion in feature films. Recorded music — particularly hip-hop and rap — and video games also reaped millions by incorporating branded entertainment.

The practice even has found its way into literature. Respected British author Fay Weldon (Rhode Island Blues) was commissioned by Italian jeweler Bulgari to write a novel using its products; the book was intended for private distribution to friends of the firm. She not only mentioned the jewelry, she put the name of the company in the title — The Bulgari Connection. The obvious product placement didn’t hinder its eventual widespread sales; it became a 2002 bestseller.

1st Approach recently scored a coup for client Black & Decker Corp., getting its battery-powered AutoTape measure on screen in the remake of Yours, Mine and Ours, a movie starring Dennis Quaid that’s due for release this holiday season.

In this case, the exposure cost the toolmaker nothing but the product, but Greenfield “sent out thousands of these to virtually every television show and movie in production.” Given that the product can be seen in the preview trailer for the movie, and that it will show up on the DVD, Greenfield’s hoping for “75 to 100 million impressions, a huge win.” (Translation: “Impressions” are how many times a product is seen by consumers.)

The key to a product’s success in a placement “is a smooth transaction with the product,” the former Denver TV newsman and producer says. “It has to look natural. Some of the reality programming is so blatant, I think it’s turning off viewers.

“I think we really have to watch what we’re doing and make sure it’s beneficial to the product without turning off viewers, who will turn off the show and the show will be canceled,” he says. “There’s a very fine line.”

And even though they enjoy the financial benefits of having companies pay to be on their shows, Sager says producers can be “uncomfortable with [placements] because the advertisers are getting involved with programming. They want their brand name mentioned a certain number of times, they want [specific amounts of] air time — it’s in-your-face, show the label, all of that. The opportunities to leave a bad taste in viewers’ mouths are greater.”

If producers are leery of advertisers, advertisers can be leery of producers as well. One of the best examples is Mars turning down movie director Steven Spielberg’s request to use M&Ms; in E.T.: The Extra-Terrestrial in 1982 (the movie’s present worldwide gross — about $800 million); Hershey’s said yes, and successfully launched its Reese’s Pieces line.

Mars, points out Greenfield, “was protecting the brand. They remembered Jaws and read [the E.T.] script, and they read a space alien was going to be handing this to a little kid — this terrifies them. They definitely made the right decision.

“It’s a mantra I hear more and more, ‘It’s more important to protect the brand than promote the brand.’ ”

Perhaps Starbucks was thinking the same thing when the coffeehouse chain passed on letting cable’s Showtime network use one of their shops in the new comedy series Weeds. It’s about a desperate housewife who sells marijuana to support her family.

But It’s a Grind coffeehouses had no such compunctions.

“We had the internal dialogue,” says Bob Phibbs, director of identity and marketing for the 70-shop chain. “And [we] decided the exposure outweighed any kind of concerns.”

At the beginning of the show each week, the show’s star, Mary-Louise Parker, is shown with It’s a Grind products, and the still photo of her and the products has appeared in major weekly magazines. “You couldn’t buy all that extra exposure,” Phibbs says. “It absolutely made sense.”

Phibbs doesn’t expect the exposure to set anyone out looking for one of their stores — of which there will be 200 by the end of next year, he adds — but “for people who know us and know the brand, it reinforces the place it has in their mind. There’s a ‘cool’ appeal, it’s fun. As a growing brand, that’s what we’re looking for as new markets open up.”

The new The Apprentice: Martha Stewart has some 20 “integration partners” ponying up $300,000 to $3 million for the privilege of appearing on the show, assuring that there will be some paid-to-be-there products in every shot. According to brandchannel.com, a Web site that keeps track of “brand cameos” in the media, the feature film The Dukes of Hazzard has more than 50 branded items in it, from Arnex watches to Zippo lighters.

How much is too much? Greenfield suspects Donald Trump’s increasing use of brand integration on his version of The Apprentice has caused some viewer fatigue, which explains the lower ratings for the new season. “People are saying, when is it enough? Well, consumers can stop watching if they think it’s too much, and that’s what’s happening.”

Gary Ruskin, executive vice president of watchdog group Commercial Alert, would like payment disclosures for brand integration to be more overt than the fast-scrolling credits at the end of a show or movie.

“There will be a backlash” regarding the practice, he says, “for several reasons, the most important one, Americans are fed up with too much marketing and advertising … Americans are sick of being hammered with ads every time they turn their heads.”

Ruskin warns that “as the entertainment industry merges with the infomercial industry, that is plainly going to turn off a lot of people.” He cites results of a 2004 poll — headlined “Consumer Resistance to Marketing Reaches All-Time High” — by Yankelovich Partners, a consumer monitoring and forecasting firm, that showed “65 percent of Americans feel constantly bombarded with too much marketing and advertising; 61 percent feel marketing and advertising is ‘out of control’; 65 percent think there should be ‘more limits and regulations’ on marketing and advertising.

“Most important,” Ruskin adds, “69 percent are interested in products and services that will help them skip or block marketing.”

Which no doubt will challenge advertisers to get their messages across by means that can’t be TiVo-ed through.

“It’s dishonest advertising, it’s stealth advertising,” he says. “It sneaks by our critical faculties and implants its messages in our brains when we’re paying less attention. It’s deceptive; many people don’t realize the ads are ads.”

Advertising affects behavior in ways most Americans fail to understand. “We have an epidemic of marketing-oriented diseases in our country, and that epidemic especially afflicts our children,” says Ruskin. “For example, in 2004 the No. 1 and No. 3 products placed in the top 10 TV programs in the U.S. were Coke Classic and Pepsi Cola, and those are two products heavily implicated in the epidemics of childhood obesity and Type II diabetes.”

Unfair and deceptive advertising is illegal in the United States, but the Federal Trade Commission doesn’t see product placement as either. “We petitioned the FTC to require disclosure of product placement on television and they turned us down,” says Ruskin. “We did the same with the [Federal Communications Commission].”

Commercial Alert may have found a high-profile champion for its cause: FCC commissioner Jonathan S. Adelstein. “He said in a speech last year he’d make this his priority,” Ruskin says.

“We haven’t made much headway, but the one advantage to the series of statements [Adelstein’s] made on disclosure in general has been to bring it to the fore to a lot of broadcasters and advertisers to be more conscious about it,” says Rudy Brioche, legal adviser to Adelstein.

Brioche says he was not aware of any pending legislation on Capitol Hill or of anyone in Congress who has shown interest in the topic.

By BUZZ McCLAIN
SPECIAL TO THE STAR-TELEGRAM