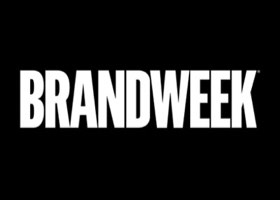 OVER the past couple of years, the branded entertainment business has been in denial about product placement clutter on television. That denial tends to look something like this:

An exec grudgingly admits that branded TV airtime is increasing, but it’s OK because their specific placements are so “organic,” “subtle,” “natural,” and “seamless” that viewers either don’t notice or are charmed by them.

In other words: “My placements aren’t clutter, but everyone else’s are.”

The traditional advertising industry has lived with this denial for years. Each advertiser attempts to “break through the clutter,” but the mere act of clutter breakthrough only creates more clutter—an irony that even

Until recently, the industry’s rationalization was that the field is still an evolving one, that everyone was on the same side in terms of finding ways of making it work because everyone loses if the audience gets bored.

But that happy compromise of marketers, producers and TV executives looked like it was coming apart at the seams last week in light of two events. First, Coca-Cola said it was reorganizing its branded entertainment efforts and putting its entertainment marketing firm, Creative Artists Agency, on a tight leash.

The news is seismic because Coke and its main vehicle, Fox’s American Idol, were both consistently the busiest show and brand for placements.

The Gloves Are Off
Brandweek has harped on the clutter issue since last May, when we reported that in the first four months of 2005, placements had doubled over the same period in 2004.

This month, some execs finally stopped being diplomatic about the issue.

One producer said it was the networks’ fault for cutting too many integration deals. “On some of our shows we have had to go out of our way to integrate network-generated product placement deals that we have not necessarily been happy about,” said Joey Carson, CEO of Bunim/Murray Productions, in Van Nuys, Calif. Of course, BMP’s The Real World on MTV virtually invented the reality TV genre that has become so useful for brand placement.

“For instance, Starting Over on NBC [which BMP produces]. I would say that would fall on a percentage increase year-over-year higher than your 30%. That’s gone up 50% at least, if not 60%, all due to network-mandated value-added integrations. To the point where I would say we have a level of clutter on that show that, if we were controlling it, we probably would not have that much. That’s the inherent problem I have,” Carson said.

Carson argued that he was not trying to bash the networks, but that when producers control the brands on the screen, the integrations are likely to be less forced.

In The Real World, he said, there might be 30 to 40 brands on screen in the form of furniture, phones, computers and cars. (Interestingly, in the The Real World’s early days, logos were often pixilated.)

Carson is not alone. Three other execs in different companies backed his position.

A “perfect example is The Apprentice [NBC],” said Jeff Greenfield, evp of 1st Approach, a placement agency in Portsmouth, N.H. “Their ratings decline is in direct proportion to the amount of branded entertainment,” he said. 1st Approach reps Black & Decker.

Christopher Raphael, president of The Really Spectacular Company in Warwick, N.Y., also cited The Apprentice as a prime example of “when a network and a producer jam as much brand integration and product placement in a show as humanly possible.” RSC lists Allied Domecq Wines & Spirits and American Airlines as clients, among others.

“Although the brand gets an extreme value for money and the producer is compensated with huge dollars—does the viewer get confused and irritated? This would probably be the time when the marketer worries about clutter because his client’s exposure is potentially diluted,” Raphael said.

Even the clients piled on: “We’ve done research on possible networks where product placement is available (Queer Eye for the Straight Guy; Extreme Makeover Home Edition and Desperate Housewives), but found these shows to be highly saturated and expensive,” said Katie Dunsworth, a rep for 1-800-Got Junk? “We have instead negotiated product placement deals on HGTV, Style and Discovery Home, which have given us a great ROI.”

Might Less Be Better?
Coming to the defense of the networks was Sabrina Ironside, vp-integrated marketing at Fox Home Entertainment (who also has a foot in the opposing camp as chairman of the board of the Promotional Marketing Association in New York).

She argued that the clutter increase appeared artificially large because it was coming off a low base. “It’s not like you turn on your TV and watch your shows and you’re saturated,” she said. “It’s not offending the consumer.”

Ironside also defended The Apprentice. “At least the episodes I’ve seen, they were all very well integrated into the tests [on the show]. That Star Wars episode … I really enjoyed that. It was top of mind, and everyone loves Star Wars.”She did note, however, that the competition for ad dollars with cable—which tends to be more flexible with brand integrations—puts pressure on the nets to accept more placements.

That inherent contradiction—the need for more money versus the need for credible show content—was not lost on Fred Dubin, New York-based Mediaedge:cia’s director of entertainment marketing and promotion.

“My sense is that we have gone through a year of the Wild West, where people did as much as they could do and there were very few restrictions,” he said. In 2006, “We’re going to see a reining in, and we’re going to see less. Hopefully, we’ll see less and we’ll see better. Having said that, we’re trying to do more.”