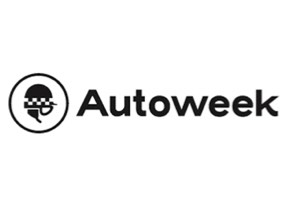 A Ford and a Chrysler hunt the bad guys in the new movie thriller Firewall. The Ford is actor Harrison Ford. The Chrysler is a 300C.

Thanks to a product-placement deal between the Chrysler group and the film’s producers, the Hemi-powered sedan appears prominently in Firewall. Ads for the 300C include content from the Warner Bros. movie, which opened last week.

A new 30-second TV spot has a high-speed chase involving the 300C. Actor Ford’s grim visage glowers from print ads that promote both the car and the movie. Internet ads also link the movie with the car company.

Ford plays a computer security specialist for a bank. He drives a 300C. His onscreen wife drives a Chrysler Pacifica, which also appears in the film. The movie’s villains kidnap his family to force him to take part in their scheme to rob the bank electronically.

Working together
Jeff Bell, the Chrysler group’s vice president of product strategy, says his company saw the script for Firewall in its early stages. Chrysler officials and the movie’s producers worked together on integrating the 300C and Pacifica in both the film and related ads.

“We suggested where we thought there would be opportunities to naturally and appropriately” include the vehicles, Bell told Automotive News.

“They already had (the) vehicles in the film. We said we can use this footage for promotional purposes. They made sure that when they were shooting it, they would do it in such a way that the vehicle looked great and the stars were present.”

Actor Ford requested the inclusion of Chrysler vehicles in the movie, Bell says. Bell would not discuss financial terms of the product-placement deal.

The Firewall-related commercials are running for six weeks on broadcast and cable TV, Bell says. The spots appear during prime-time programs and sports telecasts. They feature logos for both Chrysler and the movie.

‘Cost pressure’
Movie studios are under a “tremendous amount of cost pressure,” says Jeff Greenfield, executive vice president of 1st Approach, a marketing firm in Portsmouth, N.H. So they are increasingly interested in product-placement opportunities with automakers, he says.

Such deals often specify how a car company will promote the movie along with its vehicles, Greenfield notes.