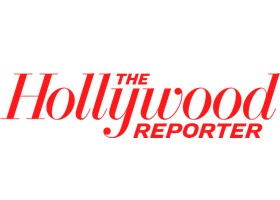 Attention-grabbing film promotions were the exception and not the rule

It wasn’t just the boxoffice that was lackluster this summer. For the most part, film promotions were so tepid that only a few even managed to get noticed. “Star Wars: Episode III — Revenge of the Sith,” “Fantastic Four” and “Madagascar” attracted full-blown promotional programs with numerous blue-chip advertisers, but “Sith” proved to be the only film to equal the blockbuster success of “Shrek 2” and “Spider-Man 2,” the biggest promotional hits of summer 2004.

Cingular’s promotion was viewed as enormously successful because of a fully integrated marketing campaign and a humorous TV spot that featured Chewbacca struggling to alter his monotone grunt as music producers recorded his voice for a “Star Wars” ringtone. While nearly all of the promotional partners for “Sith” had the rare opportunity to feature “Star Wars” characters in their commercials, the Cingular spot was widely viewed as the favorite, according to marketers surveyed. “The Cingular campaign with the ringtone ad was just phenomenal,” says Jeff Greenfield, executive vp at branded entertainment and marketing firm 1st Approach. “It was a great commercial that created a lot of buzz.” Initial concerns that Lucasfilm had overextended the “Star Wars” characters by allowing them to appear in too many promotional partners’ commercials at the same time quickly evaporated. By offering new Cingular customers free tickets to see “Sith,” free “Star Wars” ringtones preloaded on selected phones and access to the first collection of “Star Wars” mobile content ever available in the U.S., Cingular created a highly effective and fully integrated program. “The ‘Star Wars’-Cingular promotion was one of the strongest this summer,” says Mark Workman, president and CEO of First FireWorks Group. Budweiser and

Despite criticism from anti-alcohol watchdog groups like the Marin Institute, Budweiser’s tie-in with the summer’s surprise hit “Wedding Crashers” — its first movie promotion in 14 years — was considered a smashing success. ” ‘Wedding Crashers’ was huge, the tie-in with Budweiser was perfectly done, and it was a perfect movie for Budweiser,” Greenfield says. In the view of the marketing community, the movie and the campaign effectively hit Budweiser’s target audience of young males, while irreverent TV spots, directed by “Crashers” helmer David Dobkin, gave Budweiser the opportunity to closely associate Vince Vaughn and Owen Wilson with its beer by tying in clips from the film in a creative and organic way. One of Dobkin’s TV spots featured a group of young women being briefed with clips from the movie on how to deal with wedding crashers. Budweiser also got the bonus of being featured in at least one scene in the movie. “The consumer acceptance of ‘Wedding Crashers’ and the corresponding boxoffice success have made our affiliation with the movie a huge hit for Budweiser,” says Michael Gianino, director of film and television branded entertainment for Budweiser’s parent company Anheuser-Busch.