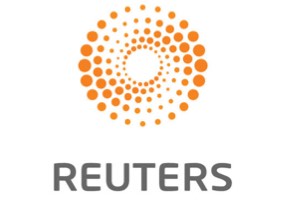 Martha Stewart is set to take branded entertainment to a new level for daytime television with Monday’s scheduled premiere of her syndicated show.

More than 20 advertisers, including General Motors, General Electric and Procter & Gamble, are spending anywhere from $300,000 to $3 million for a role on “Martha.”

The list of blue-chip firms ready to associate themselves with Stewart comes as the strongest indication yet that Stewart’s star has not been permanently tarnished by her conviction on charges of obstruction of justice and lying to investigators about a well-timed stock sale or her five-month prison stint that ended in March.

Mark Burnett, the undisputed leader of brand integration on television thanks to such shows as “The Restaurant” and “The Apprentice,” is executive producer of the show along with Stewart, whose company Martha Stewart Living Omnimedia (MSLO) gets the lion’s share of the integration revenue as owner of the series.

Still, advertisers are taking a “huge risk,” according to Jeff Greenfield, executive vp at branded entertainment firm 1st Approach. He said the once-secure Stewart brand is in flux, and the tough, hard-edged portrayal of Stewart the businesswoman in “The Apprentice” could damage the softer image of a Stewart who bakes and arranges flowers in daytime TV.

“If you’re a brand aligning yourself with the daytime show, the nighttime show could affect you adversely,” Greenfield said. “The hard-edged personality of Martha is going to sell different types of products than the nice Martha who arranges flowers.”

NBC, in fact, has been working to draw that very distinction in its marketing campaign for Stewart’s “Apprentice.”

“We wanted to make sure that we separated daytime Martha — the warm and friendly person — from Martha the businesswoman, who built a billion-dollar business,” said Vince Manze, president of NBC Agency, the in-house marketing arm of NBC Universal. “And so all the promotion certainly does not have her being mean but on the other hand has her being strong. We did not want anyone to be confused that this is warm and fuzzy.”

The biggest integration deals so far for “Martha” are with GM’s Chevy division and NBC parent GE, said Liz Koman, vp TV advertising sales at MSLO. While the details are not yet worked out for the Chevy integration, “Martha” will be working with Chevy to feature its Suburban and Tahoe vehicles, Koman said.

In addition to having a GE range and double oven featured in Stewart’s kitchen on the set of the show, GE will sponsor a four- or five-episode segment in which the winner of a contest gets their entire kitchen renovated. GE appliances will, of course, be a major element of the renovation.

A Whirlpool washer and dryer will be part of the “Martha” set; Dell TV monitors will be featured whenever taped pieces are shown or the audience is panned; Nestle products will be featured in baking segments, and because Stewart loves pets, brands from Nestle’s pet division will be on the show as well.

Koman said that while all “Apprentice: Martha Stewart” contestants will appear on “Martha” the day after they are voted off the primetime reality show, only those “Apprentice” task sponsors that do a separate deal with “Martha” will play a significant role on the daytime series as well.

Koman said that after sponsoring a task on Martha’s “Apprentice,” the advertiser’s product will not only be used the next day in a segment on “Martha” but it will be given to the studio audience, advertised in one or two issues of Martha Stewart Living magazine and posted on the special “Martha” section of the MSLO Web site with additional product information.

She said the integrations on “Martha” will be extremely diverse, ranging from Stewart using a certain spice in a recipe to the fully integrated GE multiepisode segment. And so the price for integration ranges from about $300,000 for advertisers briefly featured in the show to $3 million for both integration and commercial time.

While “Martha” takes integration to a whole new level in daytime, it still pales in comparison to what Burnett is achieving in primetime this season despite ratings disappointments for his two latest shows, “The Contender” and “Rock Star: INXS.” Despite reports that he couldn’t get his initial asking price for “Rock Star” integrations, Burnett is again pulling in fees of $1 million-$4 million for “The Apprentice” with Donald Trump and “The Apprentice: Martha Stewart,” industry sources said.

In an effort to ensure “Martha” does not go overboard with integration, Koman said the show will limit major product integration to 15% of its episodes. In addition, she said that either Stewart or her set manager approves all products that appear on the show. “Martha won’t use anything that doesn’t feel right to her,” Koman said. “We go through a rigorous vetting process of products before they even get to Martha.”